The Future of Work Embraces DEI

Encouraging a meritocracy of ideas is an aspiration for most leaders of companies and organizations. It’s been demonstrated in study after study that the best decisions are made by channeling the insights and knowledge from a diverse population. Yet traditional processes of decision-making in large companies tend to ignore or reject ideas that don’t originate from the top ranks.

The future of a successful business demands a radically different approach to strategic decision-making. That process needs to promote a true meritocracy of ideas, one in which employees are rewarded rather than ignored for their insights. Business leaders and human resources managers need to structure ways not only to recruit but also to engage employee voices.

Engaging employees  and your ecosystem in conversations require five steps: 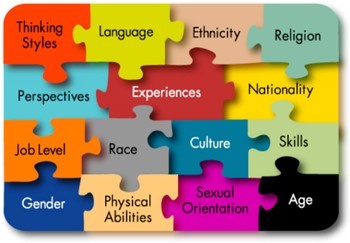 We at CrowdSmart have developed such a system of conversations that uses AI to go beyond simple surveys and polls. This is about creating online conversations that build more learning and engagement as they create powerful insights and alignment in real time. Unlike the early 20th century ‘rating and ranking’ surveys, the foundation of these online conversations is the use of AI that is deep and unique in its ability to yield results, quickly enabling leaders to make decisions with predictive accuracy.

Nobody has offered interactive conversations at scale before because they have lacked any method of facilitation. The idea of AI using human inputs instead of training data, coupling them with advances in natural language processing (NLP) to parse the inputs accurately enough to calculate semantic distance and conversational themes, and then layering in learning algorithms to move a group to a conclusion is predicated on a combination of major advancements in deep learning and AI that only appeared in the past four or five years.

So it is that confluence of advancements that makes it possible to build a system like CrowdSmart that is super powerful yet open frame while also reducing bias and delivering a meritocracy of ideas.

The Barriers to Organizational Transformation Confidence, accuracy and speed in making decisions is...
Read More