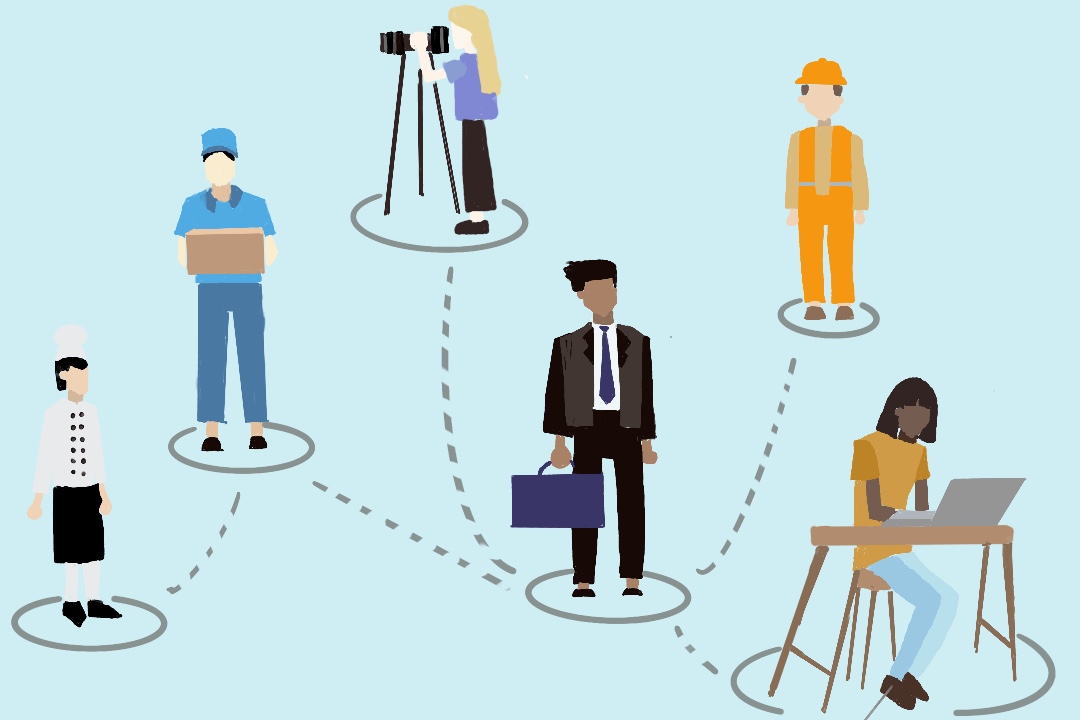 Gig Workers of the World Are Woke

Post pandemic, not only do we need to rethink the physical logistics of the workplace, but we also need to rethink the role of the worker, especially the gig worker. The new reality is that 40 to 60 percent of the workforce could soon be composed of gig workers, people with no ties to a company or institution except a short-term financial one, according to projections made in a 2016 McKinsey report.

The good news is that that gig workers have diverse backgrounds and perspectives, according to the McKinsey report. The downside is that they often lack prior relationships and ties to companies and organizations that facilitate the natural flow of insights to leaders. That makes gig workers the perfect resource for companies to tap into their collective and cumulative knowledge based on the rich diversity of their experience and knowledge.

The question is how to bring gig workers into the corporate fold and retain their commitment. One obvious strategy is to radically transform the post-industrial business model of decision making, escaping from the Mad Men controllers in the conference room and bringing your gig workers into the so-called collective metaverse, where they get to participate in the decision-making process as well.

That’s the thinking behind CrowdSmart’s new AI platform, which can capture the best ideas from gig and part-time workers – not to mention full-time employees, customers, investors, and consultants --  by actively engaging them in decision making by sharing the diversity of their ideas, insights, knowledge, and experiences.

CrowdSmart brings in the best of 1960’s co-op culture, powered by the most sophisticated of 21st century AI to help business leaders make better decisions.  What’s different is the technology, which was designed to capture the collective intelligence of your workers, particularly gig workers, who might otherwise lack a commitment to stay on the job. Because the platform doesn’t identify workers to each other, people are encouraged and more likely to submit ideas that might have otherwise been overlooked or shunned because of bias or obscured by louder voices.

Whether it’s 10 or 1,000 employees, CrowdSmart’s technology not only scales the conversation, it also goes one step further: It lets everyone interact with each other’s ideas to refine and create new ideas in what’s an interactive process.  And unlike one-way surveys, we not only ask questions but also ask participants to ask questions.

In this way, every voice is amplified and every opinion contributes to the decision-making process. Those whose ideas continue to rise to the top are recognized and ranked as influencers by management. With CrowdSmart, your gig and part-time workers can have it both ways: anonymity when contributing ideas to other workers, and recognition when their ideas help leaders make better decisions.

Bringing the voices of gig workers into the collective metaverse, the CrowdSmart process moves at what we consider supersonic speed, so that within a few days or a week at most, the best ideas emerge, whether to design a new product, grow the workforce, or merge with another company.

Why not use a platform that helps you come up with better outcomes while retaining and inspiring your gig workforce? Check out CrowdSmart and get ahead of the future of work today.

The Future of Work Embraces DEI

Building DEIB In The Workplace

Diversity, Equity, Inclusion, and Belonging (DEIB) are not just business buzzwords. They are...
Read More