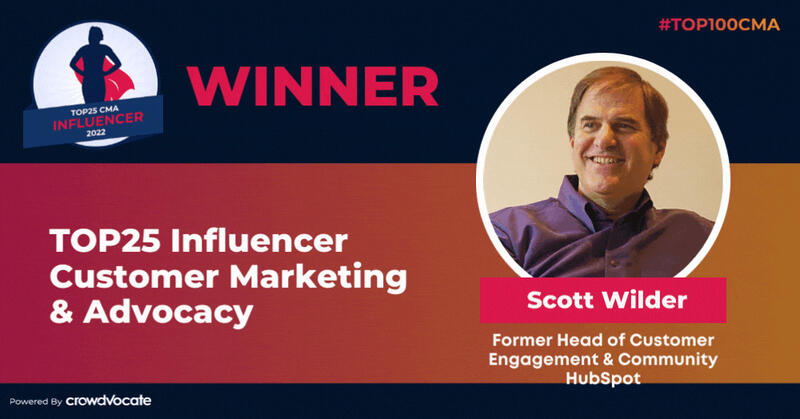 Scott K. Wilder, a recent advisor to CrowdSmart and an innovative pioneer of user empowerment in product marketing and content creation, was the first non computer science major student to submit a thesis at Vassar College using a computer. The program he used was COBAL, created by distinguished programmer and first female admiral of the U.S. Navy, Grace Hopper, who also taught at the college.

Later, in graduate studies at the School for International Studies (SAIS) at Johns Hopkins, where he learned conflict management and participated in several game theory and simulation games, including one in which the  U.S.S.R. was invading Poland (akin to Russia’s invasion today of Ukraine), he signed on with a relational database startup serving political action committees. And with that move into computer technology and marketing, every job since then has been a learning experience in advancing user empowerment.

Before getting into your work experiences, tell us a little more about what makes you tick.

I’m passionate about learning and about user-created content…that is, empowering users to copilot and co-innovate with companies in terms of product development and content.

I’m a lifelong learner who follows the dictum of Steve Jobs: “You can’t connect the dots looking forward. You can only connect them looking backwards.”

And I spend a lot of time mentoring and guiding people with their careers.

Let’s talk about some of the projects you’ve led and what you’ve learned from them.

In the 1980s, I developed communication services at Prodigy and AOL, and then later for Borders bookstores, where I set up a website for  each of its 200 bookstores

In the 2000s, at Intuit, I tried an experiment to generate more content for all the e-commerce sites we were servicing. I got a server and invited 100,000 business owners, accountants,  and financial advisors into a community to share their problems. The community took off.

That’s when I gave a million-dollar presentation to Scott Cook, the CEO, and his C-level team, but only after I had partnered with the legal and privacy teams to get their buy-in. Only one person – in corporate communications – shook her head after my presentation.

I asked her why she didn’t buy into community content creation and co-innovation.

“I’m afraid of what the employees might say,” she responded.

Despite the single ‘nay’ vote, CEO Steve Bennett, and Scott Cook, Intuit’s founder, agreed to invest in what would become one of the top small- business communities. We implemented a process that was common at the company at that time –  Design for Design – a way for getting customers and other members of our ecosystem involved in the product design process  One innovation based on a user’s idea, initiated us to create  a Spanish language community for our customers.

It seems your philosophy of bringing in customer and employee voices fits in well with CrowdSmart’s technology, which amplifies and aligns those voices for making better decisions.

Yes, CrowdSmart has a good product for accelerating that process and collecting that information at scale. I’m trying to spread the word by identifying companies that might be interested, including online education companies (former clients include Udacity and Coursera) and companies engaged in product innovation.

I believe that although companies talk about getting customers involved, they don’t go far enough. I go further than most companies, but more and more of them are now embracing community for copiloting and co-innovating more successful outcomes.

Welcome aboard, Scott, and we appreciate your voice and the voices  you will bring to our customers as well.

Originally published on Sandhill.com When it comes to AI programming, CrowdSmart.ai is moving...
Read More

Lisa Joy Rosner, the mother of four active teenagers and a serial CMO of public companies and...
Read More